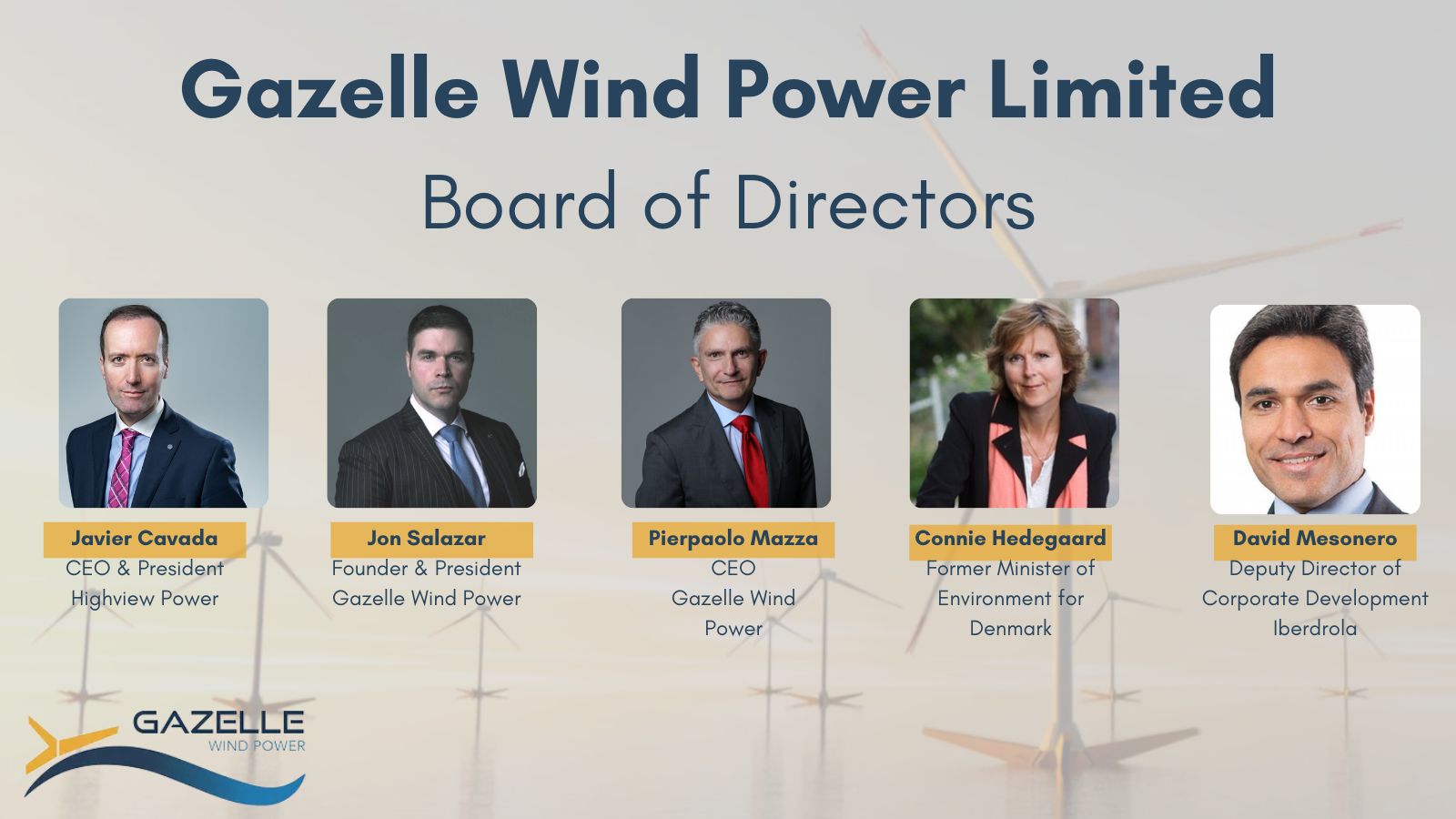 Gazelle Wind Power Limited has named a group of energy industry veterans to its board of directors. The group will guide the company’s strategic growth and worldwide deployment of its hybrid floating platform.

The Gazelle Wind Power board of directors includes the following:

Dr. Javier Cavada, chairman of Gazelle Wind Power. He is currently CEO and president of Highview Power where he drives the global expansion and deployment of the developer’s cryogenic energy storage technology. He also served in executive roles in China, Italy, the Netherlands, Spain, and Finland.

Jon Salazar is founder and president of Gazelle Wind Power. As a senior advisor with Deloitte, Salazar consulted with some of the world’s top-tier financial institutions and the largest banks in the Eurozone. He also held a senior leadership position developing Heathrow Airport.

Pierpaolo Mazza, CEO of Gazelle Wind Power, has over 33 years of corporate leadership expertise with energy companies such as GE Power Generation and Wärtsilä Corporation. Mazza was co-chairman of the Sakhalin Energy review committee and serves as an executive and non-executive director senior advisor to leading companies throughout the Middle East.